Holy Spirit Retreat Center was founded by the Sisters of Social Service of Los Angeles at the request of Archbishop Cantwell in the early 1930s. It was the first retreat center for women in the Archdiocese of Los Angeles, and was located in the Mid-Wilshire district. In 1969 the Center was moved to its current location in Encino, which was formerly our Novitiate where women came to enter the Sisters of Social Service.

Because of its location and the beauty of the grounds, the Center began to expand in its new surroundings. Weekend retreats for women continued, but extensive outreach was done to offer various types of retreats for both women and men and a place of peace to those in need of counseling and healing.

In the early 70s, we were approached by Rabbi Mailer from Temple Akiba in Culver City. He asked if our Center would be open to hosting a Jewish Marriage Encounter Weekend. We said "yes," and the rest is history! Our story as Sisters of Social Service is very connected to the Jewish people. We were founded in Budapest, Hungary in 1923 and were involved with housing Jewish families and individuals during the Nazi invasion. 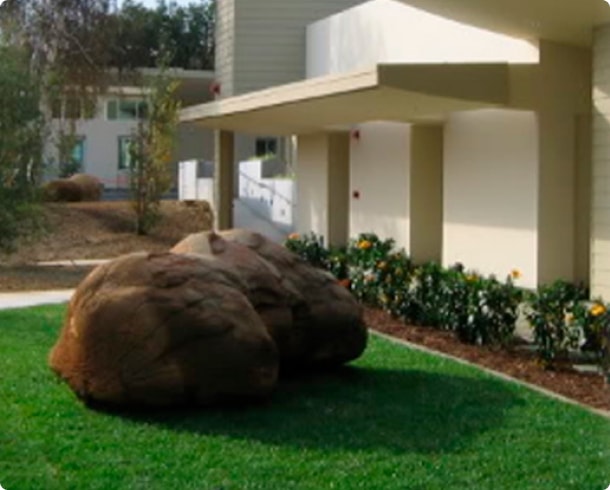 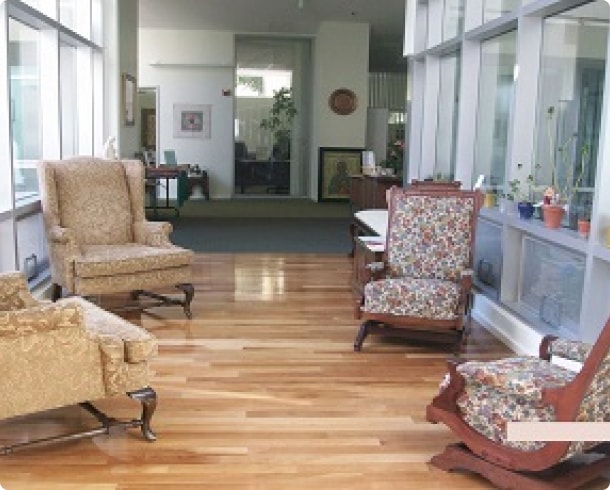 The experience with Temple Akiba provided an opportunity for us to be more intentional in our future mission and ministry to people of other faiths. While we have always maintained our Catholic roots and tradition and our Benedictine charism, it is our desire to provide an atmosphere of peace and hospitality to all people. We welcome the interfaith community and those of "no faith". We ask only that there is respect and regard amid the differences.

In 2019 we marked our 50n anniversary in Encino. Approximately 19,000 people of all ages and backgrounds visit us each year to refresh their spirits and to soak in the quiet and wooded beauty of this place.